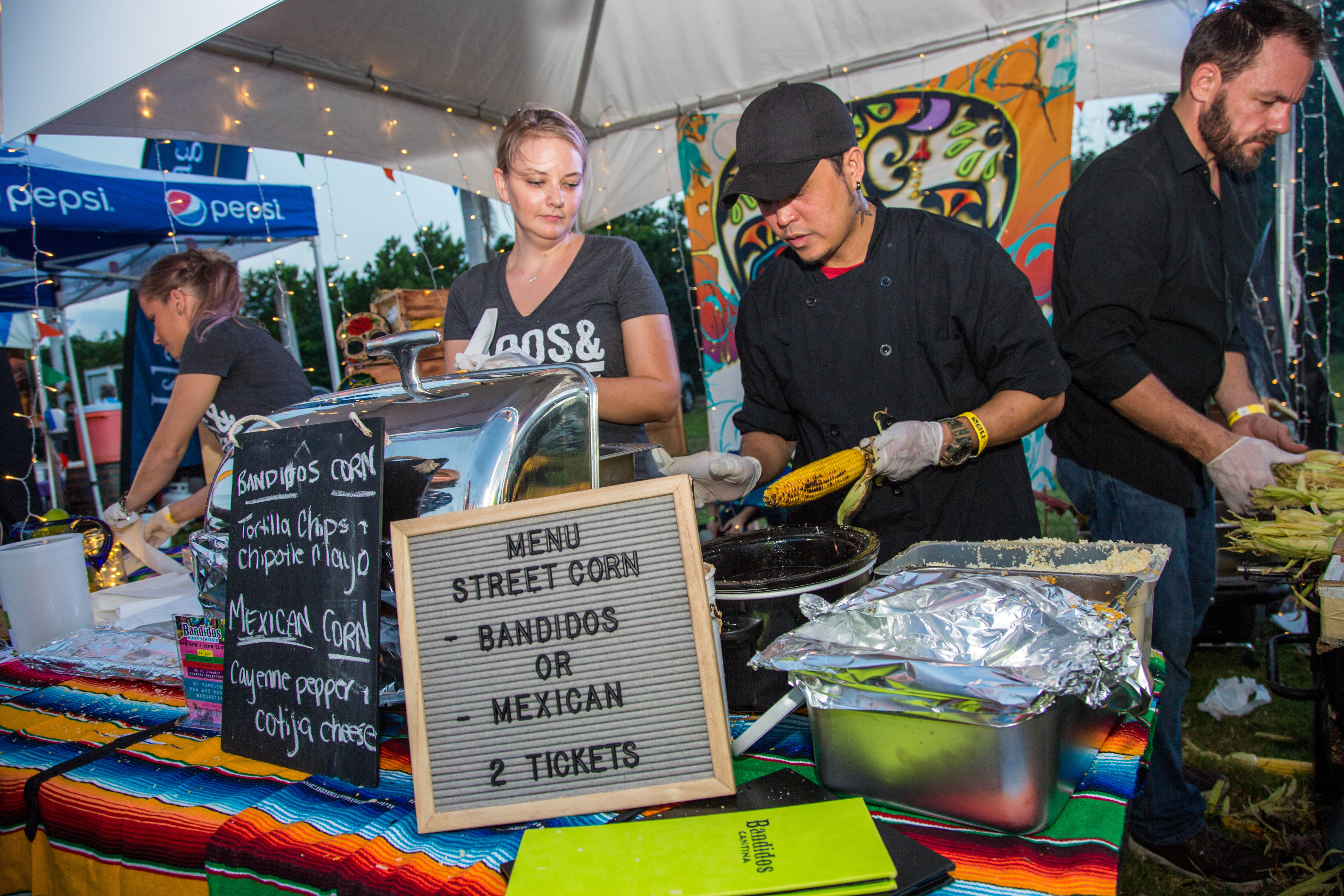 A Taste of: Bandidos Cantina

We spoke with Jason Maoir, owner of Bandidos Cantina, who joined us at Taste of Cayman last year, just months after opening the restaurant.

While Taste of Cayman Food and Drink Festival has been around for over 30 years, one of our vendors decided to sign up just after opening their restaurant.

“It was definitely worth it. We had only been open for 3 months at that time. So it let everybody know where we were,” Jason Maoir, owner of Bandidos Cantina, said.

“I’ve been involved with Taste of Cayman, off and on, over the years,” Mr Maoir said. “Knowing the amount of people that come out [to the event], it’s a good opportunity to showcase a few items from our menu.” Their showcasing worked.

“We had such a huge response with our Mexican street corn last year. People loved it.”

“Our street corn is second to none on island,” Mr Maoir said. “It was a huge response. So we are going to go back and give the crowd what they asked for.”

Having worked in the local restaurant scene for close to 20 years, Mr Maoir spotted an opportunity to create something unique for Cayman and decided to open his own Mexican restaurant that family and friends alike could enjoy, in a relaxed yet buzzy atmosphere.

“I’ve always wanted to do a Mexican restaurant. I love Latin food and tequila and margaritas. I just thought that there was a market for a more street food style restaurant than a classical or cotemporary restaurant,” Mr Maoir said. “It’s a fun, vibrant, colourful, atmosphere.”

But Mr Maoir doesn’t take operating a successful restaurant in Cayman lightly having nothing but praise for his counterparts.

“We are spoilt down here in the Cayman Islands with some of the best restaurants in the Caribbean,” Mr Maoir said. “If I was to ever win Best Restaurant in Cayman, I would be floored by it. That’s for sure.”

Although he is always too busy working his booth to fully enjoy the festival, Mr Maoir has many great memories of the event beyond just serving the crowds that attend each year.

“Taste of Cayman is a real exciting festival that gets held here. The entertainment has always been good. The fireworks have always been good,” Mr Maoir said. “Over the years it hasn’t disappointed. It has only got better and better every year.”

Grab your tickets today for the 2019 Taste of Cayman Food & Drink Festival and be sure to check out the Bandidos Cantina booth on the night for their famous street corn and delicious margaritas.